The Eccentrics Playing Cards airdrop has begun. I’ll be minting all the cards over the next few days and sending them out to all the collectors on the list!

All 110 of the card images will be fully generated. No editing will be done after the fact. But because the images will also be printed on physical cards, I’ll curate the images to ensure each one fits the printing specs and will reproduce well.

I’ll cycle through up to 10 variations for each card and then pick the artwork that I think is the best or most representative of that card. This curation step is most important for face cards, since there are sometimes outputs that don’t look as much like royal characters.

The cards will be minted one at a time using a smart contract I created in partnership with manifold.xyz. As soon as each card is minted it should become visible on OpenSea in this collection: Eccentrics Playing Cards on OpenSea 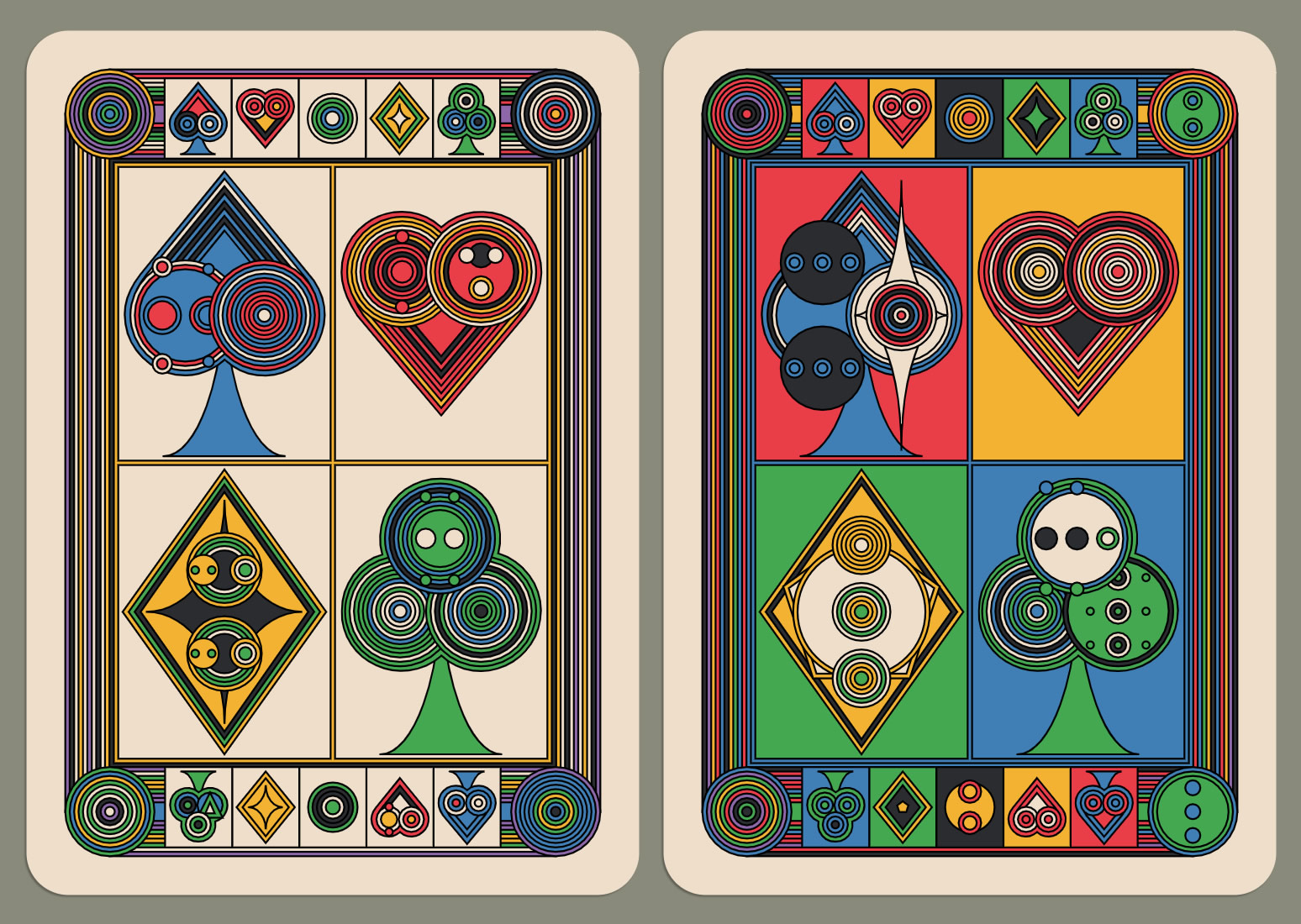 The Shuffle before the Deal

There are 110 cards total, encompassing two separate decks of 55 cards each (including Jokers and the card back image for each deck). The image above shows test mints of the card backs for the Light Deck and the Dark Deck.

I minted the first card to myself as a test, and to stay in line with the ArtBlocks “zero mint” tradition.

The other 109 cards will be airdropped to addresses who either:

The 109 addresses were randomly shuffled. A random number was generated for each address entry, and then the list was shuffled using those numbers. Each card will be minted to the next address in the shuffled list. You won’t know what card you’re getting until it appears in your wallet. But you can follow along in the #latest-mints channel in the Radix Art Discord server if you want.

After the minting is complete, I’ll send a full set of images to the playing card publisher so we can get them made into physical card decks! This will take a month or two at least. I will post more specifics about the physical decks and how you can get them in the near future.

Know When to Hodl ‘Em

People have asked if they’ll be able use the card NFTs in a game somehow. There aren’t specific plans for this at the moment. But it seems a shame not to gamify the playing cards somehow.

I have a new generative art project in the works, though it will probably be a couple months until it’s complete.

As a fun extra for anyone who wants to collect playing cards, I’ll grant a free mint or whitelist spot for my next project to anyone who’s holding a 5-card poker hand of One Pair or better on March 1st 2020 at 10:00 PM PST.

On top of that, the collector with the highest ranking 5-card hand will get an additional mint or whitelist spot for that next drop.

A few answers to anticipated questions:

If there are any more questions, just let me know.

I hope everyone enjoys their Eccentrics Playing Cards. It will be really fun when the physical card decks arrive and we can see all 110 generative artworks printed and playable.